A deeper investigation into who David Paulides is... 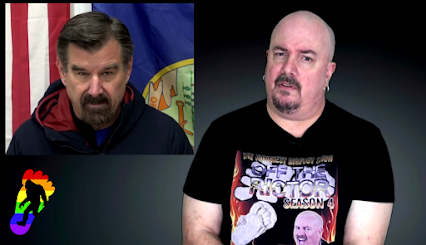 This is the last roasting of Off the Rictor before the awards and it is the penultimate show Rictor has ever done. The first half is comedy with David Paulides's antics with Bobo, Ron Morehead and Joe Hauser. Then it delves deeper into David Paulides's past as a police officer making the local news for his alleged misconduct and police brutality. Why doesn't he ever address this? Is he a racist? Was he a bad cop? Why is he profiting over people's pain and suffering? Why was he called king of the book stores?  Is he a conflict entrepreneur? In Rictor's opinion, he is an absolute monster. He horrifies him and he have good reason to fear him.

Posted by The Crypto Blast at 9:00 PM