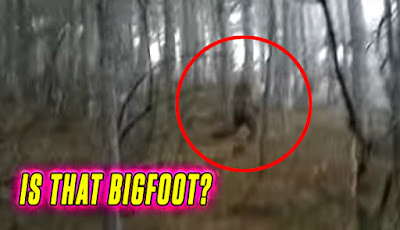 Do you think Bigfoot is real? The massive ape-like creature has either eluded us or fooled us for centuries. Several organizations exist only to investigate sightings but scientists say it's just an urban legend or hoax.

By Ariyanna Norman from Komando

Reddit is one place where the internet can gather to talk about this topic. In the "All things Bigfoot" section of the site, you can find discussion links about documentaries, new sightings, evidence, and all sorts of other Bigfoot-related subjects.

One recent discussion topic was about the most convincing Bigfoot sightings. In response, a Reddit user posted a link to an old video of a scared hiker who hid behind a tree as Bigfoot walked past in the distance. The man is so frightened that he ends up dropping his camera! Watch the entire video below.

The video was posted on March 18, 2011, but because of the Reddit thread people are circling back to it so many years later. People believe it was filmed in Yalta on the Crimean peninsula.

You know what's funny? The picture quality on camera phones and regular cameras has vastly improved and yet Bigfoot videos are always grainy or blurry! Granted, this video is 5 years old. I think it will take some HD footage to convince the masses that Bigfoot exists.

Posted by The Crypto Blast at 7:00 AM