How to Spot the Reptilians Running the U.S. Government 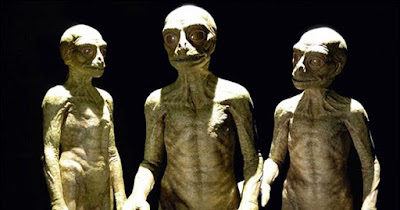 This is from The Atlantic website: As 12 million Americans "know," the United States government is run by lizard people (or, to be scientifically accurate, reptilians). But they never said which members of the government are the reptilians. So we're here to help.

By Phillip Bump from The Atlantic.

Piecing together the latest groundbreaking research being conducted by commentators at conspiracy websites, we've been able to isolate a number of prominent individuals who possess reptilian-compatible bloodlines. As "ufochick" writes at DavidIcke.com (Icke is a prominent reptile theorist, as evidenced by his book at right), even if a person has compatible bloodlines, "they will not become a reptilian unless a reptilian entity inhabits their physical body."

Or maybe it isn't important. UnderstandingEvil.com describes how to tell if you're "under assault" by reptilians; "Protector of Mankind" writes at Alien-UFOs.com that you can be a "reptilian/human hybrid." It sort of varies. But according to Icke, this is how it works.


Thousands of years ago, the reptilian beings [from the constellations Orion, Sirius, and Draco] intervened on planet Earth and began interbreeding with humans. Not physically, however, but rather through the manipulation of the human coding, or DNA. Icke states that it is no coincidence that humans have fundamental reptilian genetics within their brain.


Whatever. The point being that it is easy to tell when you have or someone you know has been possessed by a reptile from outer space. While Icke doesn't describe how to spot someone who has been manipulated by/merged with a reptilian — probably to protect his lucrative speaking circuit revenues—others have. The common signs (according to one source):

Source: The Atlantic
Posted by The Crypto Blast at 7:00 PM