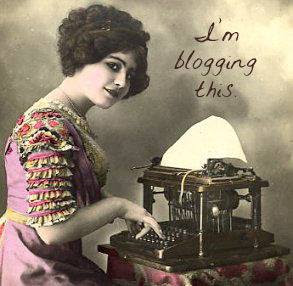 I’m going to stray from the paranormal, UFO’s and Bigfoot. What I would like to talk about is the lack of civil conversation on the Internet. It’s not all the time and if I’m totally honest, I’m sure I’m guilty of this too.

If you look, you’ll see that I don’t make many, if any comments, other than my personal page. I’m what people call a lurker. Yes, I’m guilty; I lurk. As I lurk about, I see how some things spiral down the rat hole. You know if I’m just lurking, there are others who are doing the same.

If you disagree with anything it seems to bring out the ‘trolls’. They must lie in wait for someone to disagree so that the vitriol can begin. I’m really trying to learn from all these groups and it is very difficult to do that when the conversation degrades into name calling and much more.

I try to live my life with the perspective that everyone is entitled to their opinion. I may disagree with their opinion, but that’s OK. We should be able to do that, but for some reason we can’t do that anymore.

This is also true with anything on the Internet anymore. Politics is the perfect example of this. The minute you disagree with something, the fight is on. You’re not going to get me on your side by calling me names, telling me I don’t know what I’m talking about, etc.

So, this is why you won’t see me posting what I think on any post, other than my page. I’m not in the mood to be told I’m stupid, I don’t know what I’m talking about or I’m a liar. I tried at one time to have a perfectly reasonable conversation with someone over Justin Smeja shooting a Bigfoot.

I explained my reasoning for not believing that Justin Smeja shot a Bigfoot in 2010 and all of a sudden I had personally attacked Justin. I never said anything to even imply I was attacking Justin. I didn’t call him a liar or a hoaxer. I stated what I thought, my opinion. Yet I was stupid, I didn’t understand and how could I not believe Justin?

Well that was the very last time I tried to join in any conversation on the Internet. I don’t have any plans to make any comments in the future either. I know its pie in the sky to think that the name calling would stop. I’m not that naïve. It sure would be nice if there were less of it. Then maybe, just maybe the lurkers would come out and participate. Those lurkers just may have something valuable to add to the conversation.

In order to have a conversation you need to have an intelligent exchange of ideas and thoughts. This is what seems to be missing on the Internet.

DeeCee Salter
twitter.com/@thecryptoblast
Posted by The Crypto Blast at 4:26 PM