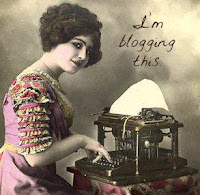 There’s a lot of information about the Greys, aliens, et al all over the Internet. I personally believe that there is life somewhere out in the universe. We are not the only beings in this universe; it would be pretty closed minded to think that way.

As to whether what type of life form they are is up for debate. I truly believe that if there were aliens flying around out there we would know about it. Frankly, I think they would be here and we would not be having this discussion. More after the jump!

They go on to say that the aliens told one of the investigators they were expecting them. OK, let’s stop right there. They don’t say what language they spoke in. We aren’t even sure if they spoke to them telepathically. To me this is an important detail. I want to know how they spoke to them. I need more detail here, so I have to discount the statement they made.

The article then continues to state the following: According to ET experts, Nordic aliens or Pleiadians very similar to humans in appearance and it is often very difficult for the untrained eye to tell the difference. Thus, they are able to live among humans undetected. A way to hunt for and identify a Nordic alien or Pleiadian, according to alien hunters, is to look out for exceptionally good looking individuals with exaggerated Scandinavian or Nordic features, such as fair hair, skin, and blue eyes.

So these ET’s are exceptionally good looking with exaggerated Scandinavian or Nordic features hiding in Argentina. This is where I just shake my head in disbelief because it makes absolutely no sense. You’re trying to tell me that they have assimilated into our population, but they are hiding in Argentina.

The next issue I have with this is they claim to be ET experts. How are you an ET expert? You can only be an expert in something that is tangible. Unless you have an ET hidden away that you have studied, you are not an expert. Let’s look at the definition of expert.

Expert – noun a person who has a comprehensive and authoritative knowledge of or skill in a particular area.

You need to look at what people are saying with a critical eye. Be a little analytical; don’t take what anyone is saying as 100% truth. Don’t fall into the trap of wanting to believe so badly that you will take what they say as gospel. That’s how cults are formed.